The Ikedaya Affair effectively established the Shinsengumi as the most feared police force in Kyoto, and delayed the fall of the Tokugawa Shogunate and the Meiji Restoration by at least a full year.

A bit of background!! First, things got started when the Shogun visited Kyoto. A series of talks took place, during with two main issues were discussed, the biggest one being 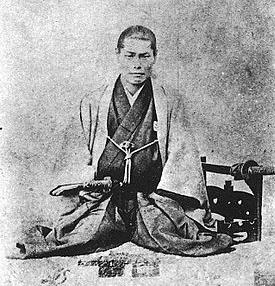 A few days before the Ikedaya incident occurred, the Shinsengumi arrested a man that was part of the clan trying to destroy the Shogunate and emperor, and discovered that clan’s plan to set fire to the Imperial Palace, and during the chaos that would follow, kidnap the emperor, wait for the leader of the Aizu clan to come to save the emperor, and kill him. They would then “request” the emperor to appoint the leader of their clan to be the Protector of Kyoto in a coup d’etat.

When the other members of the captured man’s clan realized he had been captured by the Shinsengumi, they began to devise a plan to raid the Shinsengumi’s headquarters, killing any of them that they could, rescue their man if they could, and continue with their original plan. They decided that the meeting to devise this plan would be held at the Ikedaya Inn. 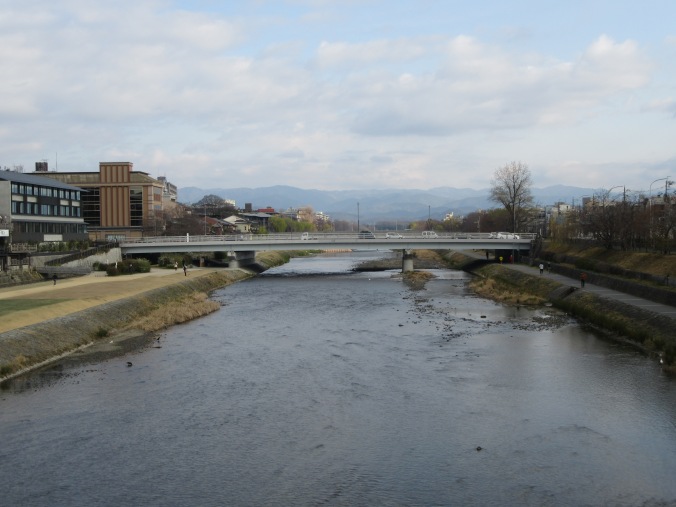 The Shinsengumi knew that somewhere the other clan’s people were plotting, and set out to find them. On the night of July 8, 1864, Kondo lead one group of nine men along the west side of the Kamogawa River, and Hijikata (vice commander of the Shinsengumi) lead a group of about twenty men on the east side of the river to search.

Kondo’s group entered the Ikedaya Inn, announcing that they were there to search the

place. The owner, who sympathized with the other clan, panicked and ran up a backstair case to warn the men upstairs that they Shinsengumi were there. Kondo and his men saw this and followed. They discovered a large party of the opposing clan (according to Nagakura’s (leader of the Shinsengumi’s second unit) memoirs, there were more than twenty men, but according to Kondo it was closer to thirty four), and announced that they were there to investigate. One of the men panicked and tried to attack the Shinsengumi. Okita killed him, and the fight began.

The fight that followed ended up making the Ikedaya Incident one of the bloodiest incidents that occurred in the final years of the Tokugawa Shogunate. Many of the opposing clan were killed, and numerous members of that clan that were hiding out in neighboring houses committed suicide when they learned what had happened. Remarkably, the Shinsengumi only lost three men. According to Nagakura’s memoirs, the

aftermath of the fight left Ikedaya pretty much destroyed. None of the sliding doors were left intact – they had all been smashed. The wooden ceiling had also been torn apart by spears. The tatami mats in all of the rooms had also been destroyed. The swords of several of the members of the Shinsengumi had been destroyed. The tip of Okita’s had been broken off, Nagakura’s had been broken in two, Todo Heisuke’s sword had been cut up like a bamboo whisk, and other member’s swords were so cut and bent up that they were unable to resheath them.

The Shinsengumi had become known as the Shogun’s most feared police force.

Today, there is a small post showing where the original Ikedaya Inn stood. It has been redone, and is functioning as a Shinsengumi themed restaurant!! When you open the 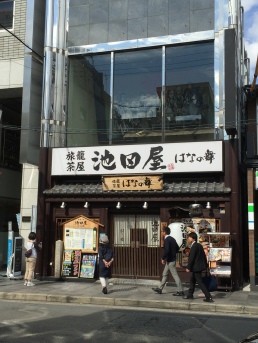 front door, a recording shouts the same words that Kondo did so many years ago “Its the Shinsengumi! We are here to search!”, signaling a waiter dressed as a member of the Shinsengumi to come and show you to a table. The upstairs has been done up to look like the outside of an old time Japanese restaurant. And most importantly, the food is DELICIOUS!!!!! At least for the lunch menu, all of the dishes are named after members of the Shinsengumi!! 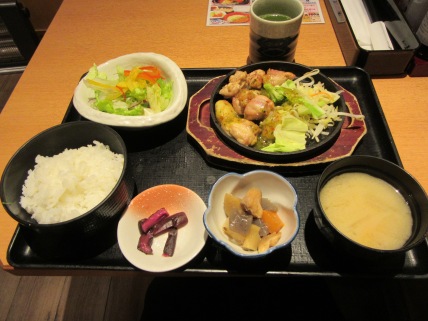